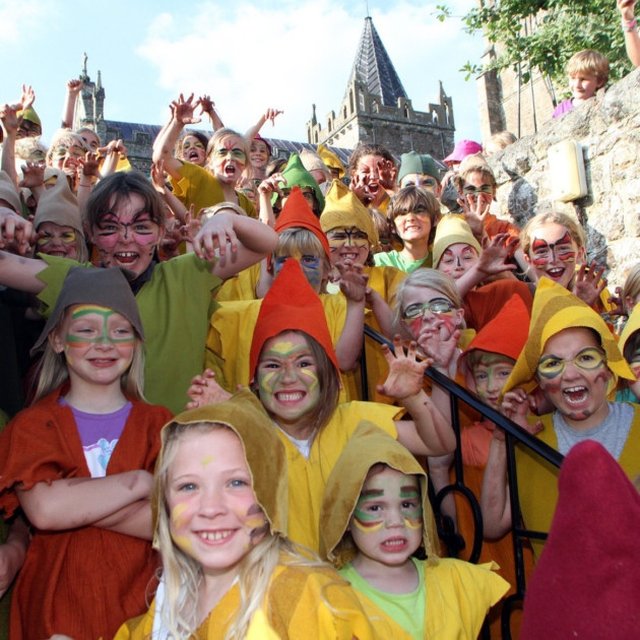 Imagine living in a town where pixies are celebrated every year!

In East Devon, England, there is a town called Ottery St. Mary. Each June, on the Saturday nearest Mid-Summer’s Day, they celebrate Pixie Day.

How did the tradition start?

It all began in 1454, when Bishop Grandisson decided to build a church. The church was to be built in Otteri, which was later called Ottery St. Mary.

The bishop commissioned a set of bells for the church. They were to be cast in iron in the bells works in Wales. When the bells were ready, the bishop arranged for a group of monks to escort the bells from Wales.

Now, this was an age when the people of East Devon believed strongly in pixies and spirits.

To pixies, iron means death. And when they learned about the bells being installed in the church, they became very worried. It would be the end of their rule over the land.

The pixies cast a spell over the monks that were escorting the bells. They became Pixie-Led. Instead of the Otteri road, the monks ended up on the road toward the cliffs overlooking the sea at Sidmouth.

Just as the monks were about to fall over the cliff, one of them stubbed his toe on a rock. “God bless my soul,” he said, and immediately the spell was broken. 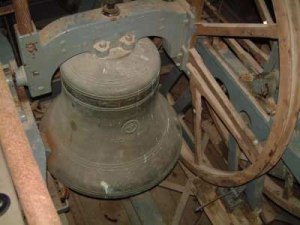 So, the bells were brought to Otteri after all, and installed in the church.  The Pixies hated the sound of the iron bells and fled to the nearby cave known as the Pixie Parlour. The sandstone cave is along the River Otter, about a mile south of the Otter Road bridge.

Each year on a day in June, the Cub and Brownie groups dress as pixies and come out and capture the town’s bell ringers or parish council members.

They imprison them in a specially constructed Pixie Parlour in the Town Square to be rescued by the Vicar of Ottery St. Mary. The legend is re-enacted each year by the local Cub and Brownie groups.

Welcome to to Inspiration Pie!
I’m Jo-Ann. Writer, visual artist, wife, mom of two boys, a dog and a cat.